One of the famous app flow strategies is DTAP, which is acronym for Development Testing Acceptance Production.

Let us consider each step in detail, but before this let us make step back and add a source control and a continuous integration step for the full picture.


Then we have the following steps for the application:

Although DTAP model is obviously clear there is another step called Staging. I've phased a lot of confusion with Staging step among developers as there is no single definition for it.
Some people argue that Staging is another name for UAT step.  Other people go further and combine Test step with UAT step and call this combination as Staging. Any of this is definitely valid while you have one concept across your whole team.
Nevertheless personally I prefer to have the notion of Staging as a pre-production step. What does it mean? Let us look at the image from Steve's blog post about staging in Azure. 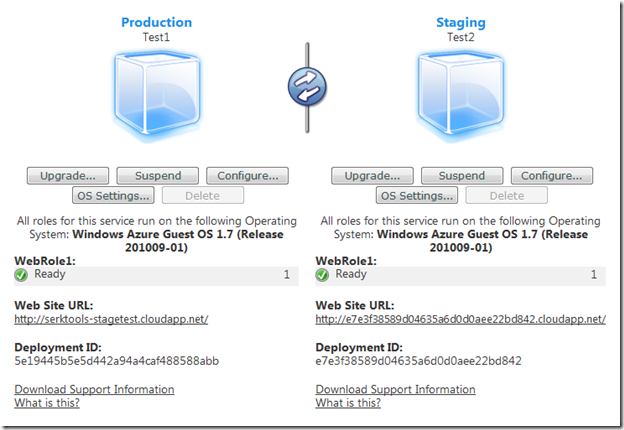 Staging is an additional step before publishing an app to a production environment.


After all theses steps are done Staging can be simply swapped with a Production environment, for example for a website by changing routes in a hosting tool (IIS, Nginx, Apache). Thus staging becomes production, while production becomes stale staging, which can be removed or used as a backup. This approach is known as Blue Green deployment.
Posted by Unknown at October 12, 2016